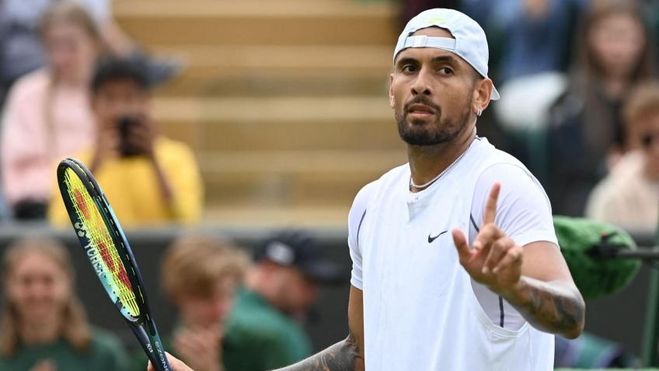 Australian Nick Kyrgios will play against German Peter Goevchik in the first round of the tournament in Atlanta. The match will take place on July 27, starting at 00:30 GMT.

Goevchik had to play in qualifying to get into the main draw. In the first qualifying match, he won against Ernesto Escobedo, and in the second – against Steve Johnson.

The main success of Goevchik this season is reaching the quarterfinals of the tournament in Acapulco.

But as you know, the tennis player was very lucky. Since Alexander Zverev, with whom he was supposed to meet in the second round, was disqualified.

And immediately after that, Peter lost to Cameron Norrie with a score of 1:6, 0:6.

No matter how the current season ends, this season has been very successful for Kyrgios.

In the first half of July, Nick sensationally reached the Wimbledon final. In the decisive match, he lost to Novak Djokovic. But anyway, it was a great performance.

Thanks to this success, Kyrgios rose in the rankings to 13th place. And it is clear that if he continues to play with the same attitude as in London, at the end of the year, Nick may be in the list of participants in the Final tournament.

After the final match at Wimbledon, Nick had a short vacation. But the tennis player is doing a very good season, and he has a great chance of reaching the next round.