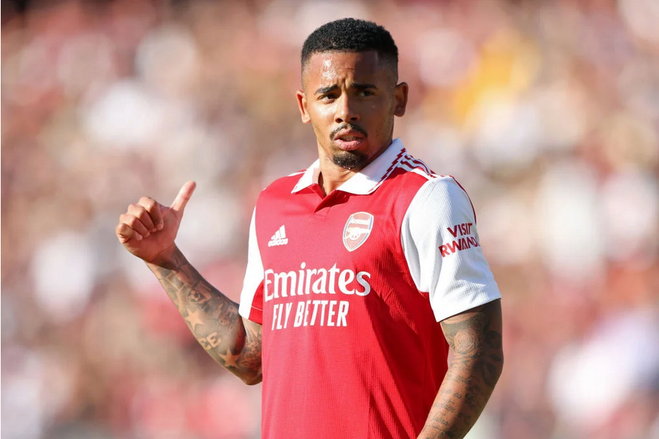 Gabriel Jesus scored 90 seconds into his first Arsenal outing as his double helped the Gunners to a (5-3) comeback victory over German second division side FC Nurnberg.

The Brazilian striker, who arrived at the start of this summer’s transfer window from Manchester City for £45m, took the field at half-time in Germany as the club were losing 2-0 and made an immediate impact by scoring a goal.

After scoring the first goal, Mohammed Elneni struck to equalize for the Arsenal team before Nuremberg’s two own goals from Christopher Schindler and Tim Handwerker gave the club a 4-2 lead.

Jesus then completed a cross from Gabriel Martinelli at the front post with 15 minutes left to add a fifth for Arsenal, just after Lukas Schleimer pulled one back for the German side.

New Arsenal goalkeeper Matt Turner conceded two goals in five minutes of the first half, stunning the Premier League side.

Arsenal are likely to welcome back their international players – including Bukayo Saka, Aaron Ramsdale and Martin Odegaard – next week before their tour of the United States.