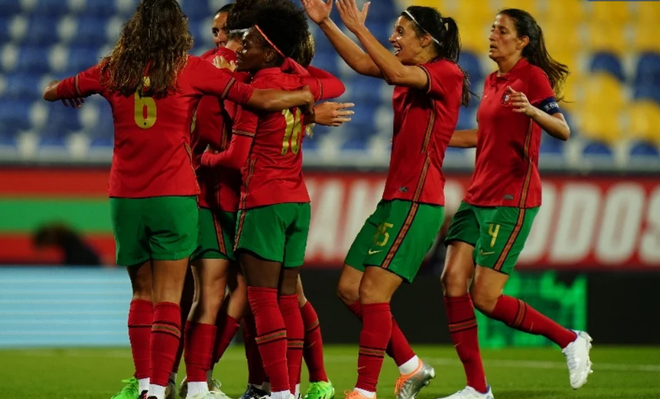 The Portuguese women’s team will play against Switzerland in the first round of the group stage of the European Championship. The match will take place on July 9 in Manchester, starting at 16:00 GMT.

The Portuguese women’s team finished second in their group in Euro qualifiers, three points behind Finland.

In eight matches, the players won six victories and suffered one defeat.

In the playoffs among the teams that took second place, Portugal defeated the Russian team on aggregate.

The team also played three friendly matches in which they beat Greece twice (4:0 and 1:0) and drew with Australia (0:0).

At the previous Euro, which took place in 2017, the players of the Portuguese national team could not leave the group, finishing last.

In the playoffs, the players defeated the Czech Republic. The first game ended in a draw (1:1), and in the second the Swiss won with a score (2:1).

As you know, this year Switzerland has not yet won a single victory – two draws and four defeats.

As part of the selection for the Euro, the Swiss women’s team suffered two massive defeats. First from Germany (0:7), and then from England (0:4).

In this match, two different teams will meet, and it is very difficult to bet on the victory of any team. Perhaps the girls will show productive football.

Our prediction for this match is both teams will score + match total over 2.5 for 2.23.