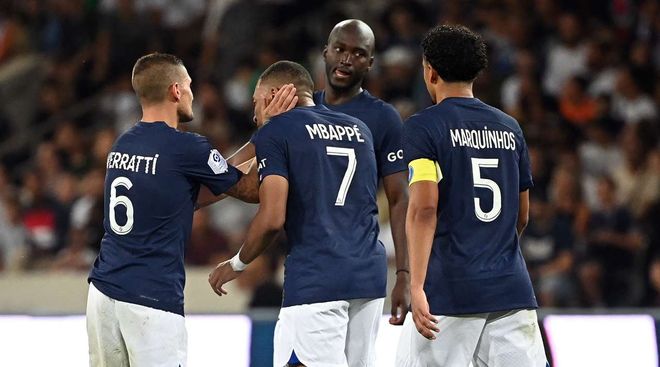 PSG will play at home against Brest in the 7th round of Ligue 1. The match will take place on September 10, starting at 15:00 GMT.

Paris Saint-Germain started the season with a near-perfect start in Ligue 1 and an impressive average of four goals per game, but many observers were looking forward to the first leg of the UEFA Champions League.

The Parisians didn’t disappoint: two early shots from Kylian Mbappé led PSG to a (2-1) win over Juventus in the middle of the week.

PSG’s (3-0) victory in Nantes last week extended their unbeaten streak in the top flight to 15 matches.

In the new season, PSG lost points in only one match against Monaco, with which, having exchanged goals, the teams did not determine the strongest, ending the match in a draw with a score of (1-1).

Brest may have been expected to struggle this season after three straight league defeats before the 2021/22 season ends.

Their five points and 16 goals conceded after only six games, however, still represent a poor start to their fourth consecutive season in Ligue 1.

The team is now the bookies’ third favorite to be eliminated after a 1-1 home draw against Strasbourg last weekend.

Brest managed to win only once in the new season, back in the third round, beating Angers away, who spent almost the entire match in the minority with a score (3-1).

Mbappé has scored in PSG’s previous four games against Brest, three of which he scored before half-time.

This indicator could be a source of motivation for Pierre Lees-Melou from Brest.

As you know, PSG was the only club of the five with which he met at least nine times in Ligue 1, which he never scored.

PSG are now in impressive form and have one of the best squads in world football at their disposal. Kylian Mbappe has been effective against Juventus and will look to score in this match.

Brest has a terrible record in their match and will need to play to their limits this weekend.

Prediction for this match: PSG individual total over 3.5.