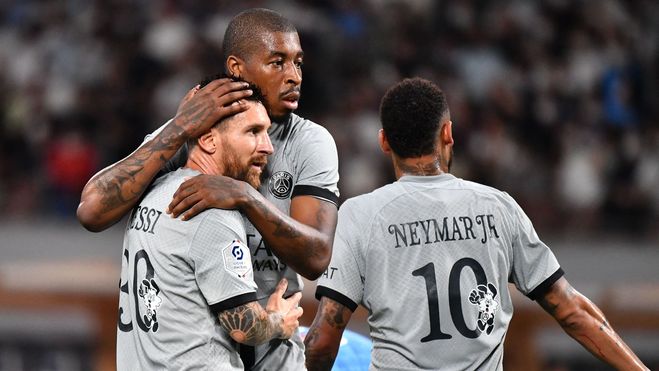 July 31 in Tel Aviv at the stadium Blumfield will be a match for the French Super Cup, which will meet the champions of Ligue 1 PSG and the winner of the Cup of the country Nantes. The start is at 18:00 GMT.

PSG dominated Ligue 1 last season but were flattered by cheating in knockout tournaments. The Parisians easily edged out Gamba Osaka 6-2 in the previous game and have enjoyed a fruitful pre-season so far.

In European competition, PSG once again disappointed their fans, losing to Real Madrid at the 1/8 final stage. We won at home (1:0), but lost away (1:3).

And this is what led to the fact that the Argentine mentor Mauricio Pochetinno left his post, and Christophe Galtier was appointed instead.

Nantes finished ninth in Ligue 1 last season and exceeded all expectations for the past year.

The team had a staggering record by winning the Coupe de France last season and will need to give their best to win the Trophee des Champions against their high-profile opponents.

In the summer, Nantes played only against French teams in test matches. The club held four of these meetings, where it was able to achieve two victories and lost twice.

PSG have been impressive under Christophe Galtier so far and will be intent on winning the treble this season. The Parisians have one of the best squads in the world at their disposal and cannot afford to lose this match.