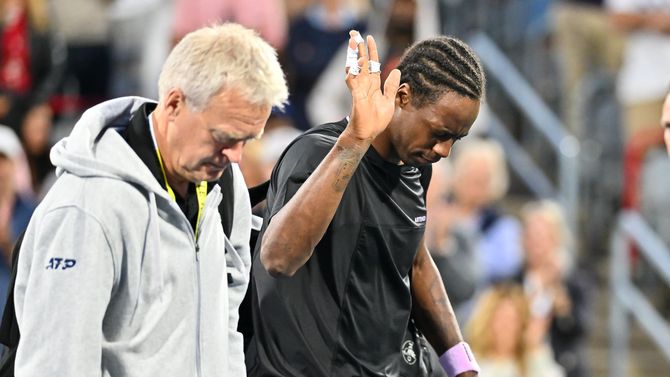 Rafael Nadal played in his first match since qualifying from the Wimbledon semi-finals at the Western & Southern Open on 17 August.

As you know, the return for the tennis player from Spain did not go according to plan, as Nadal lost to Borna Coric in the second round.

It’s also worth noting that Gael Monfils withdrew from the US Open due to an injury he sustained at the Canadian Open last week.

Rafael Nadal is back at the Western & Southern Open in Cincinnati. In the first round, Nadal faced Borna Coric in the second round. The Croatian won the controversial opening set in a tiebreak, but the Spaniard responded with a second set.

With this win, he became one of the few players to set a winning record against the Spaniard, improving the score to 3-2 in head-to-head matches.

Nadal fired six times, made seven double faults and one single break point. His opponent served 12 aces, made a mistake once on the pitch and converted one break point out of two possible.

For reaching the 1/4 finals of the prestigious American competitions, Coric will play with another Spanish player – Roberto Bautisto-Agut.

Gael Monfils has pulled out of the US Open due to an injury he suffered last week at the Canadian Open.

The tennis player is set to undergo treatment to resolve this issue over the next few weeks, which will see him miss the final Grand Slam of the season. Monfils wrote on Twitter:

Dear all, following the latest medical exams that I took upon returning in Europe, I will sadly not be able to play at the US Open this year. I am forced to undergo a new period of treatment before being able to resume tournaments.

Monfils returned to the Canadian Open last week after a three-month hiatus due to injury. Unfortunately, he is once again on the sidelines.