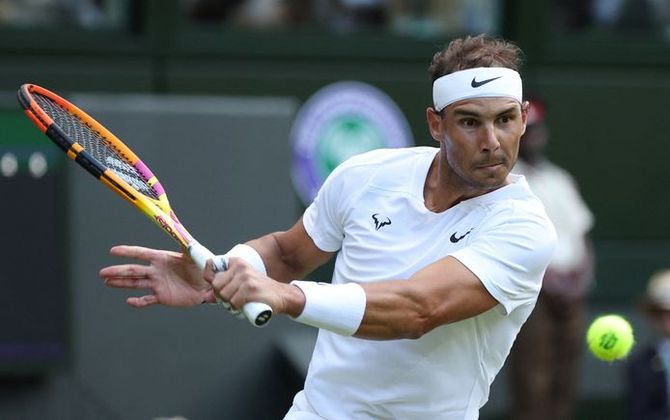 Spaniard Rafael Nadal will play against Croat Borna Coric in the second round of the Masters in Cincinnati. The match will take place on August 17, starting at 23:00 GMT.

This year, Nadal broke new ground by winning the first two consecutive Grand Slams of the season for the first time in his career.

After spending much of 2021 recuperating from a foot injury, the former world No. 1 made an immediate comeback in 2022.

The Spaniard kept up the momentum and overcame every hurdle at the Australian Open to win his second Down Under Grand Slam, thus ending the Double Career Slam.

Nadal continued to build on his great form and won another Mexican Open title by beating Cameron Norrie 6-4, 6-4. At Indian Wells, he reached the final but lost to Taylor Fritz 6-3, 7-6 (5).

At Wimbledon, the Spanish tennis player reached the semi-finals after defeating Taylor Fritz in the quarter-finals with a score of 3-6, 7-5, 3-6, 7-5, 7-6 (4). He eventually pulled out of his penultimate bout against Nick Kyrgios, citing a torn stomach.

Meanwhile, Borna Čorić was unlucky to return from his shoulder surgery. The Croatian has been on the sidelines throughout 2021 and returned to the Indian Wells Open this year but did not make it past the first round.

Since then, the athlete has competed in various Challenger events, winning the Parma Challenger. He also reached the quarter-finals of the German Open but retired midway through the match.

Coric plays in the Cincinnati Masters based on a protected ranking. In the first round he defeated Lorenzo Musetti 7-6(2), 6-3.

Rafael Nadal and Borna Coric have played each other four times. Their personal score is 2-2. Nadal won the 2015 US Open and 2017 Canadian Open, while Coric won the 2014 Swiss Indoors and 2016 Cincinnati Masters.

They don’t call him the King of Clay for nothing 💪

Rafael Nadal will be the absolute favorite in this meeting. The Spaniard is wise in his selection of tournaments this year. He did not contest many titles, but reached the next stages of those in which he played.

a formidable opponent with an aggressive play style and a formidable forehand. He shows exceptional footwork and almost never misses the ball.

At his best, Coric is an effective defender with good court-covering skills. He has already managed to get around the Spaniard in Cincinnati, so he will count on this experience.

Prediction for this meeting: the total of games won by Coric is over 8.5.