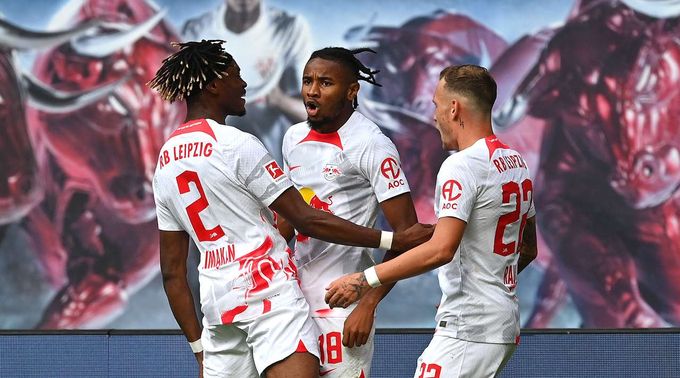 Leipzig will play at home against Wolfsburg in the fourth round of the German championship. The match will take place on August 27, beginning at 13:30 GMT.

Wolfsburg are currently in 14th place in the Bundesliga standings and have not performed at their best this season.

In the last round of the Bundesliga, they drew 0-0 with Schalke, and in this match they will need to improve.

In the second round, Wolfsburg lost on the field to Bayern (0:1). Before that, there was a draw with Werder Bremen (2:2).

RB Leipzig are currently in 11th place in the standings and have also been fickle this season.

The hosts were defeated 1:2 by Union Berlin in the last round.

In the first rounds, Leipzig drew with Stuttgart and Cologne.

RB Leipzig played well against Wolfsburg and won seven of the 17 matches played between the two teams.

Wolfsburg won four victories over RB Leipzig. The previous meeting between the two teams took place in January of this year and ended with a 2-0 victory in favor of RB Leipzig.

RB Leipzig have some impressive players in their ranks, but they haven’t been successful in the Bundesliga yet. Players like Timo Werner and Dani Olmo can score in this match.

Wolfsburg have a few issues that need to be addressed at the moment and they need support.

In this match, the hosts intend to pick up three points, and are considered favorites for this meeting.

Prediction for this match: RB Leipzig win with a handicap (-1.0).