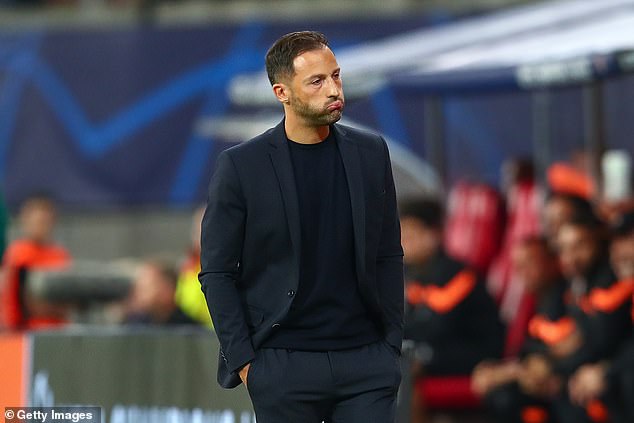 RB Leipzig head coach Domenico Tedesco has been fired from his position, according to the club’s press service.

RB Leipzig manager Domenico Tedesco was hailed as a savior when he led them from mid-table to a Champions League place last season, then ended the streak with a German Cup win and their first major title.

However, just a few months later, after a stunning 4-1 home defeat to Shakhtar Donetsk on Tuesday in the Champions League, the club decided its time was up.

Tedesco took over midway through last season and took them from 11th to fourth, but despite the addition of striker Timo Werner, they have only won one of their five league matches this season and are once again in 11th place.

In the last round of the championship, they were defeated by Eintracht Frankfurt with a score of (0:4), and their European failure in the Champions League only exacerbated Tedesco’s problems.

There was no sign of their fluid attacking style of play, while defensively they have scored eight goals in their last two games.

“After such a game, it’s really difficult to find the right words for this, it’s hard to describe,” Tedesco said after the loss to Shakhtar.

“It kind of reflects a lot of what we’ve been through in recent weeks.”

Goalkeeper Peter Gulacha’s mistake gave Shakhtar an advantage, and although Leipzig equalized in the second half, it only took the Ukrainians a few seconds to go 2-1 up.

As you know, Leipzig scored points in five Bundesliga matches and finished 11th in the standings.

Who will become the new coach of the club is not yet known.