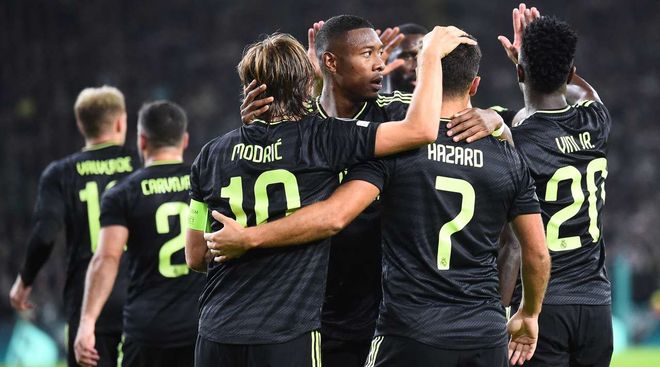 Real Madrid will play at home against Mallorca in the fifth round of the championship of Spain. The match will take place on September 11, starting at 12:00 GMT.

As you know, Real Madrid ranks first in the La Liga standings after four games played, in which they scored 12 points.

The second clean sheet of the season came with Real Madrid’s (3-0) win over Celtic in the UEFA Champions League midweek.

This is an achievement, considering that the main defender Eder Militao was pulled from the game at half-time due to injury.

With Karim Benzema also limping, coach Carlo Ancelotti faces an early test of his team’s troubles if he wants to keep his team’s perfect start in La Liga.

If there is any concern about Madrid’s defense, they are reassuring that they have only conceded once in their last five home matches and with the impressive Eden Hazard after replacing Benzema in Glasgow, they have plenty of room to attack.

Mallorca, meanwhile, is in 11th place with five points in four rounds. The team led by Javier Aguirre, contrary to expectations, successfully started a new campaign, so far having suffered only one defeat.

Although the team have only won one of their last 12 games against Real Madrid, they can take Benzema’s absence as a relief given that he has scored seven times against them.

However, Mallorca can still expect a difficult time given the slow start to their campaign, drawing (1-1) at home to Girona last time.

Many Mallorca fans have already left the stadium, unable to bear the heat and angry that the games are scheduled for the midday heat, leading some to call for the president’s resignation.

Despite the absence of Karim Benzema in this match due to injury, Eden Hazard will show good results this season, given the last goal in the Champions League against Celtic.

Real Madrid have an excellent squad at their disposal and will look to maintain their flawless record in La Liga.

Mallorca are able to cope when they are at their best and have improved over the last month. However, Real Madrid is the favorite in this match.

Prediction for this match: Real Madrid to win + both teams to score.