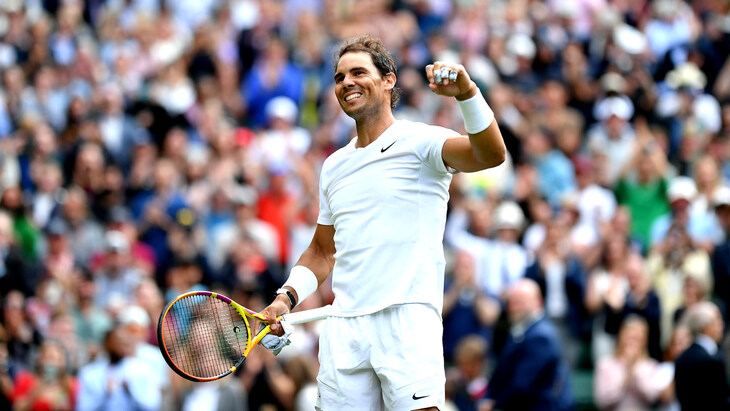 Spaniard Rafael Nadal will play against Lithuanian Richardas Bernankis in the second round of Wimbledon. The match will take place on June 30, starting at 14:00GMT.

Berankis confidently beat Sam Querrey in the first round at Wimbledon. Three sets were enough to defeat the American, who reached the semi-finals at Wimbledon in 2017.

Richardas repeated his best result at the British Major. The tennis player has never won more than one match here.

Berankis did not play a single match on grass before Wimbledon. Moreover, after reaching the final in Lille, the Lithuanian tennis player played only in two tournaments – in Geneva and at Roland Garros. In both cases, he was eliminated after the first round.

As you know, Berankis is 106th in the current ATP rankings.

Nadal started the tournament with a difficult match against Francisco Cerundolo. It was evident from the game that the Spanish tennis player had not played on grass for three years.

After the first two sets, hardly anyone dreamed of intrigue. Although not without difficulty, the Spaniard still led 2-0 in sets. But after that, the opponent, apparently, realized that there was nothing to lose, and began to play noticeably better.

Nadal gave up the third set, lost with a break in the fourth, but eventually made a comeback.

Nadal was fifth in the Open Era to win the first 15 helmet matches of the season.

You can bet on the victory of Berankis for 13.00. Also Nadal is the favorite of this meeting.

It will be easier for Nadal to play in this meeting, as in the first game he got used to the surface and the features of the game on it.