On Matchday 34 of the English Premier League, Arsenal hosted Manchester United. The game took place at the Emirates – Ashburton Grove stadium in London.

In this match was a real derby in the 34th round of the championship of England.

Arsenal needed only 2 minutes and 14 seconds to score the first goal of the match. Bucayo Saka made the most of a defensive mishap, forcing David de Gea to make a great save, only to see newcomer Nuno Tavares pounce on the rebound and score his first goal for his club.

Manchester United came very close to tying the game when Diogo Dalot fired a long-range shot on goal, but it went wide.

Eddie Nketia doubled his team’s lead, but after watching the VAR, it was cancelled, but the review did point to an earlier foul on Saka in the box, which the player then converted, and doubled the advantage in this match.

However, Arsenal’s two-goal lead was interrupted just two minutes later when Cristiano Ronaldo, thanks to a timely finish after Nemanja Matic’s stunning cross caught him in the penalty area to score. 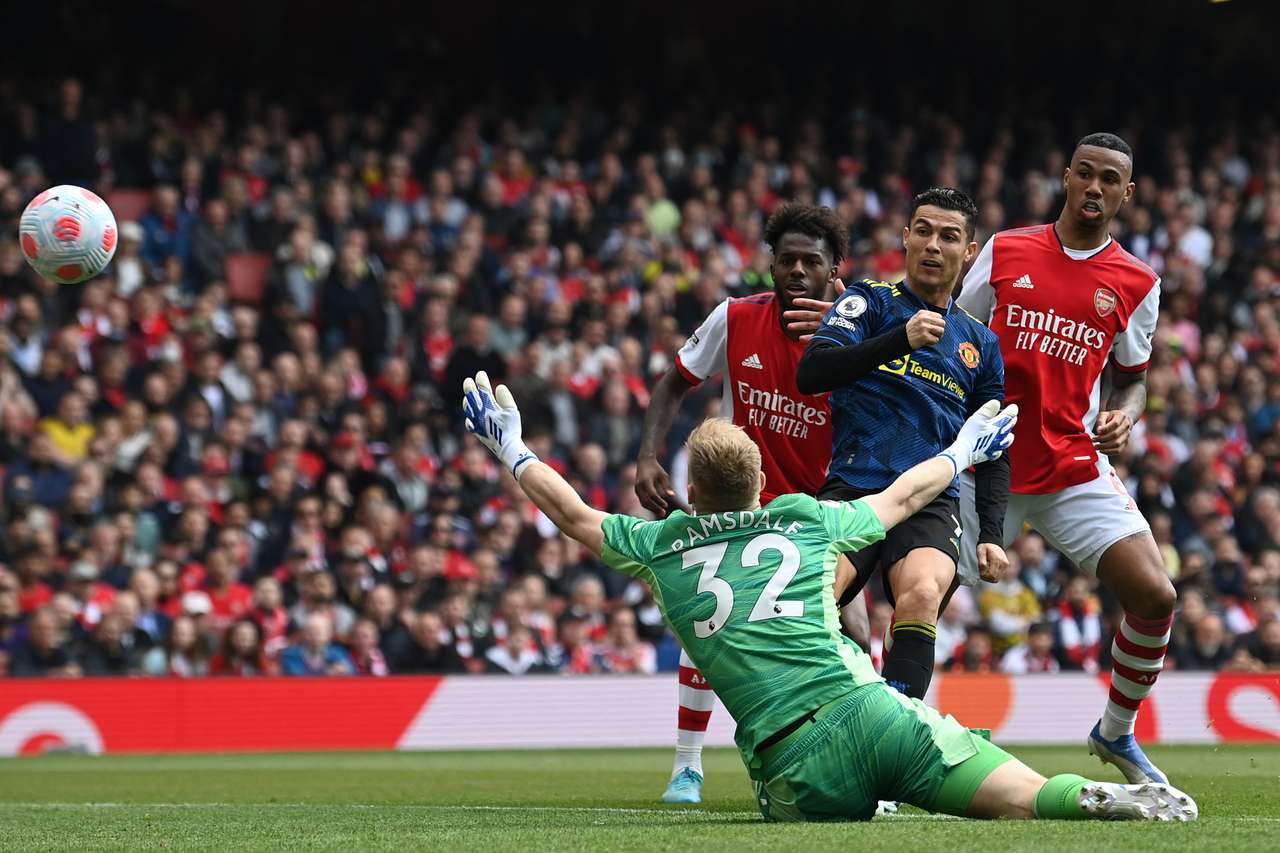 Manchester United, in the second half in the 57th minute, had a great chance to equalize, but Bruno Fernandes failed to convert the 11-meter shot. The Arsenal goalkeeper then made a couple more good saves, first was Elanga’s shot and then Dalot’s shot into the bottom corner. On 71 minutes, Arsenal midfielder Granit Djaka set up the final score of the game, scoring the third goal of the match.

As a result, the victory of the hosts gave Arsenal 60 points and move up to 4th place in the standings of the English Premier League season-2021/2022. “Manchester United (54) is in 6th place.