On January 13, at lunchtime, the men’s sprint took place in the German Oberhof. For the second day it was calm, and the main task of the biathletes was clean shooting and speed. 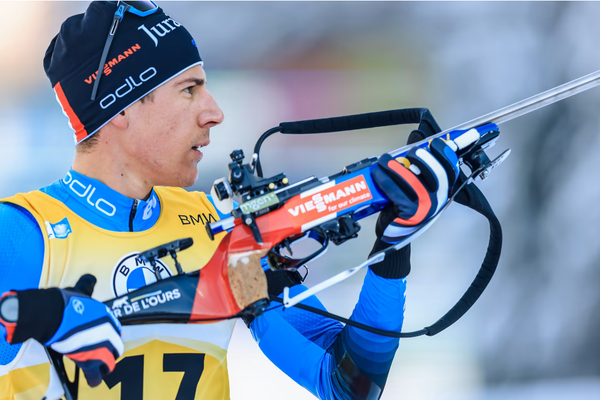 The Frenchman ran out as the leader – in the yellow jersey, and in this race he proved that he was not in vain in first place in the table. In this race, the Frenchman shot to zero, and showed the best speed, and it was almost impossible to catch up with him. Congratulations to Quentin Fillon Maillet on his victory. 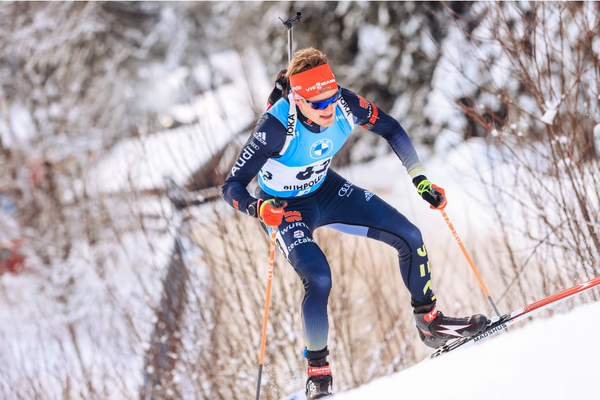 For the German, this is the first medal this season. Benedikt Doll ran out in the middle of the race and had a good chance of being first, but speed prevented. The German shot two shots to zero, and after the second shooting he was 1 second behind the Frenchman, but when he ran to the finish line, the German did not have enough speed and lost 7 seconds. But Benedikt Doll was still happy because he took the medal at his home in Germany. 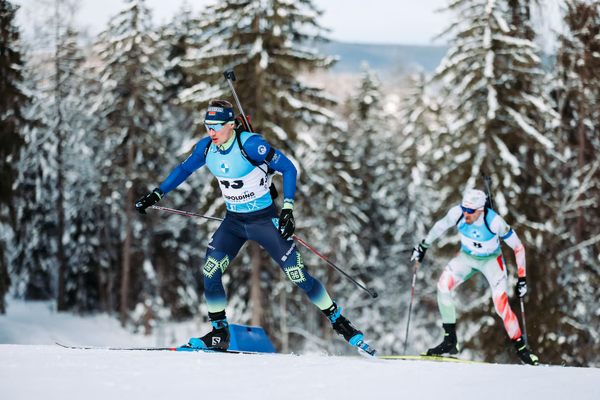 For the Belarusian biathlete, this is the second personal medal. This season, the Belarusian biathlon team surprises everyone. Anton Smolski, although he missed once on the counter, he still managed to get on the scoring podium. In this race, he showed good speed, and managed to get ahead of the competition. Congratulations to Anton with 3rd place. 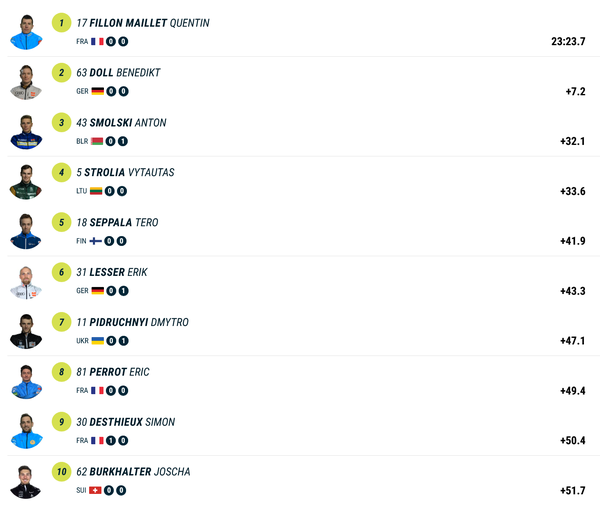