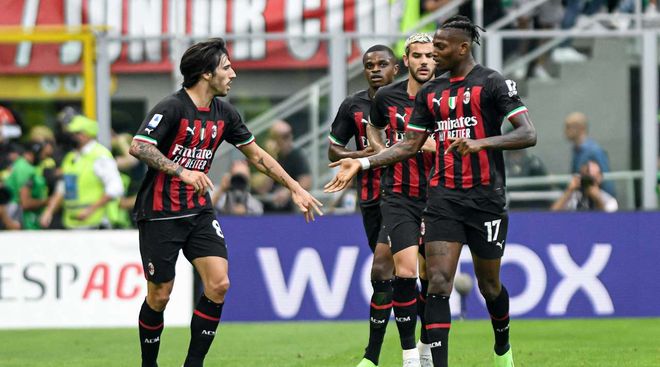 On September 10, in Genoa, Sampdoria will host Milan as part of the 6th round of Serie A. The match starts at 18:45 GMT.

Without winning the first five Serie A matches, for the first time since the 2013/14 season, Sampdoria’s problems continue.

Marco Giampaolo’s men suffered their third defeat this season after conceding twice in the last minutes of the first half against Hellas Verona last time (1:2).

The club could even equal their worst record after six games in 2013/14 if they lose again to Milan here.

There is no need to panic just yet if history does anything, as Sampdoria finished 12th in that previous start of the season.

Unlike their hosts, Milan have only lost once in Serie A in 2022 – no team in the top 5 European leagues can top this top form.

Last Saturday, Stefano Pioli’s men also celebrated a 3-2 derby victory over strong rivals Inter, but then only brought home a point in the UEFA Champions League match against Salzburg (1-1).

That match against Salzburg once again showed Milan’s tremendous willpower as they fought for a draw after falling behind in what was the fourth game of six unbeaten matches this season.

Sampdoria’s Francesco Caputo finally scored for the first time since April on the last matchday, with each of his last eight goals before half time.

Milan’s Rafael Leao is looking to score his third league goal against Sampdoria and has already scored 19 goals this calendar year.

Milan have an impressive record against Sampdoria and have won 25 of the 41 matches played between the two teams.

Sampdoria won eight victories over Milan and will have to close the gap in this match.

The previous meeting between the two teams took place in February this year and ended with a (1-0) victory for Milan.

Milan have an impressive squad at their disposal and will need to work hard to defend their title crown.

Rafael Leao is in great form and will be ready to contribute to the attack.

Sampdoria have struggled this season and are now in the relegation zone. Milan are currently the favorites in this match.

Prediction for this match: Under 2.5 goals.