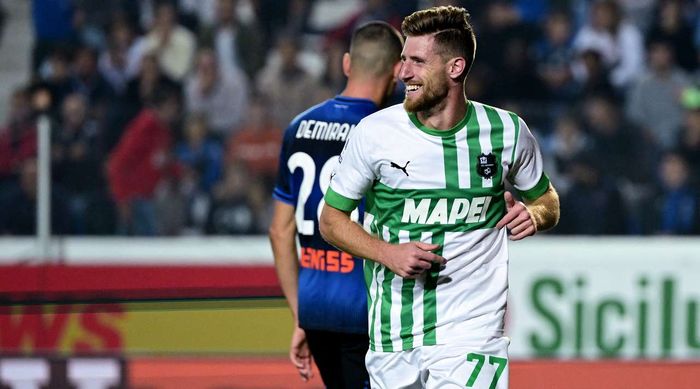 Sassuolo will play at home with Verona in the 11th round of the Italian championship. The match will take place on October 24, starting at 19:45 GMT.

Sassuolo this season shows unstable results, at the moment the team is in 10th place with 12 points.

For 10 rounds of the championship, the team won 3 times and drew, lost 4 times. Managed to score 12 goals, while conceded the same number.

The last two rounds, Sassuolo spent extremely unsuccessfully, as they lost to Inter with a score (1-2), as well as Atalanta (1-2).

Before that, the team had a good success of two victories, over Torino (1-0) and also over Salernitana (5-0).

Verona, meanwhile, is having a very bad season. The club is in 18th place and managed to score 5 points in 10 rounds.

The guests have a very poor defense this season, as they conceded 19 goals and managed to score 9. Verona has only one victory in the championship.

The last three rounds were extremely unsuccessful, there were defeats from Udinese (1-2), Salrnitana (1-2), in the last round against Milan (1-2).

Sassuolo midfielder Davide Frattesi is his side’s top scorer in Serie A this season and the player could score here.

Thomas Henry will be looking to end an eight-match drought and having scored last season against Sassuolo for Venezia, the player can be sure he will do it here.

Sassuolo have a good record against Hellas Verona, with the club winning 11 of the 22 matches played between the two teams, as opposed to Hellas Verona’s seven wins.

The last meeting of the two teams took place in January in Serie A, where Verona beat with a score (4-2).

Sassuolo plays below its capabilities and is definitely capable of adding more, especially since Domenico Berardi has returned to the ranks, which the team lacked in recent matches.

Verona with a new mentor lost in the last round, and there is a high probability of being left without points in this match as well – at home in the optimal line-up, Sassuolo is able to fight any opponent.

Prediction for this match: Sassuolo win by one goal.