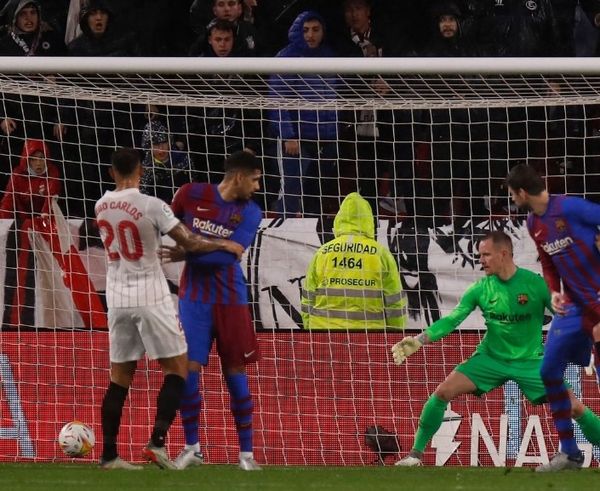 Barcelona, as part of the postponed match of the fourth round of the Spanish Championship, went to visit Seville. 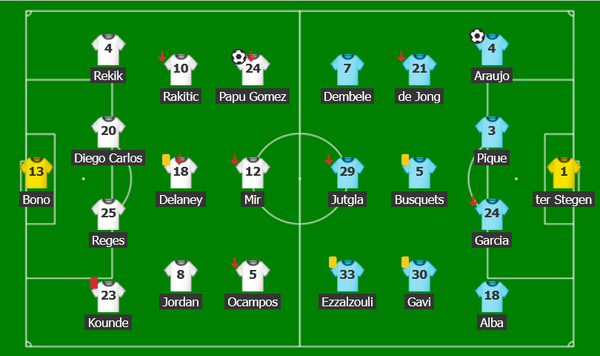 Barcelona played very well in this match, the defense was very good and they made 3-4 mistakes during the game. The game was very dirty, a lot of fouls and cards. Already on the 11th minute Busquets received a yellow card. Sevilla scored first in 32 minutes, Papu Gomez scored from a corner and Sevilla took the lead. Also on the 35th minute, the Sevilla midfielder received a yellow card. The first half was coming to an end, and in the 45th minute Barcelona equalized the score, the goal was scored by Araujo. 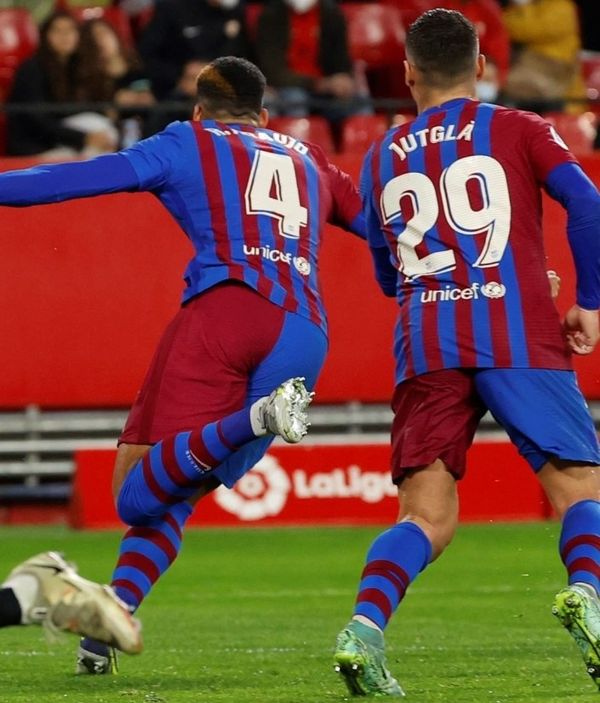 In the table, after the match, Sevilla is second with 38 points; Barcelona have only 28 points and 7th position. 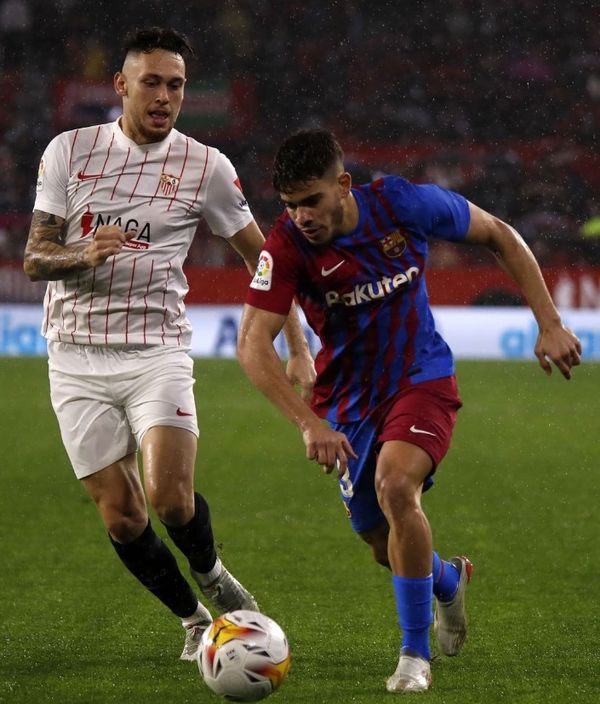