On December 2, the national teams of South America and Portugal met in the match of the 3rd round of the 2022 World Cup in Qatar. The game was played at the Eduction City Stadium in Ar Rayyan.

From the beginning of the first half, the Portuguese team began to actively attack and managed to score a goal in the 5th minute. 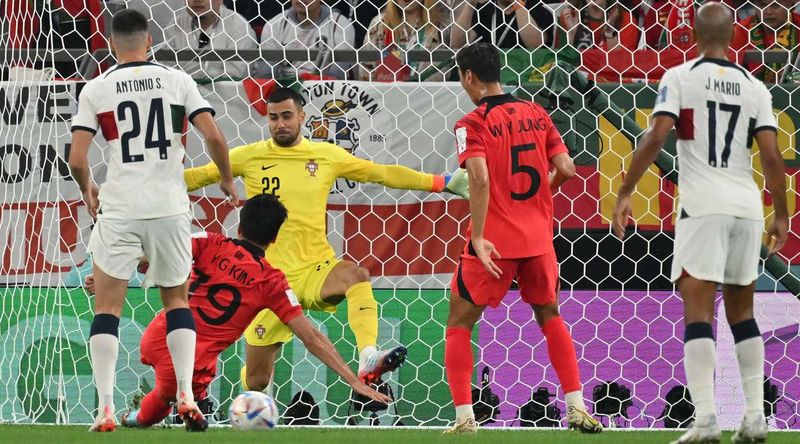 On his debut, striker Ricardo Horta put Portugal ahead.

Pepe from his half of the field made a throw on the right flank, the ball was picked up by Diogo Dalot, who passed to Horta, who hit the ball into the far corner of the goal.

Kim Young-Gwon equalized midway through the first half. The team filed, and the ball after the rebound bounced into the goalkeeper’s area, where the defender pushed the ball into the bottom corner of the goal.

The score was (1-1) until the 91st minute, when Heung-Min Son received the ball and free space. The player gave a pass to the opponent’s penalty area, from where Hwang Hee-Chan scored the second goal of the Koreans.

South Korea scored 4 points and finished 2nd in table H. Thus, the Koreans qualified for the playoffs along with Portugal, who finished 1st.

In the 1/8 finals, South Korea will play with Brazil.