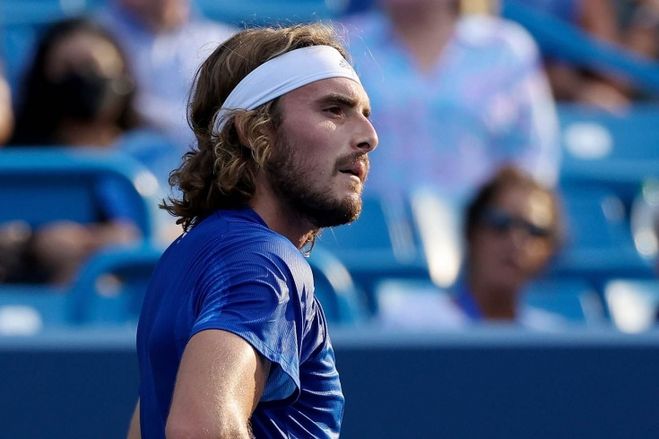 Greek Stefanos Tsitsipas will play against Brit Jack Draper in the second round of the Masters in Montreal. The match will take place on August 11, starting at 00:00 GMT.

Tsitsipas has been on a roll this year and, aside from the occasional early exit, has made numerous major appearances. The tennis player started the season by reaching his third semi-final at the Australian Open, losing to Daniil Medvedev. He then reached the final of the Rotterdam Open but lost to Felix Auger-Aliassime.

After reaching the semi-finals at the Madrid Open, Tsitsipas lost to Novak Djokovic in the final of the Italian Open. However, he was stunned by Holger Rune in the fourth round of the French Open.

After that, the 23-year-old won his first title on grass at the Mallorca Championships, but Nick Kyrgios knocked him out of Wimbledon in the third round.

A former Canadian Open finalist, Tsitsipas is aiming for his third title of the year in 2022.

Jack Draper, on the other hand, advanced to the Canadian Open main draw after beating Roberto Marcora and Quentin Halis in the qualifying rounds.

The tennis player took on Hugo Gaston in the first round, where the Briton sealed the bout in straight sets to start his Montreal campaign in high spirits.

Despite being 2-0 down early in the second set, Gaston won the next three games on the run to take a 3-2 lead.

Before that, the tennis players did not meet each other, so at the moment the personal score is 0:0?

Draper has made significant progress this year, winning four ATP Challenger titles and taking his first Grand Slam victory at Wimbledon. However, he will have an uphill battle with an experienced player like Tsitsipas.

Draper boasts a fairly powerful serve, and the fact that he is left-handed only emphasizes this. The Briton also has significantly improved the technique of hitting the ball.

Prediction for this meeting: Tsitsipas win in straight sets for 1.82.