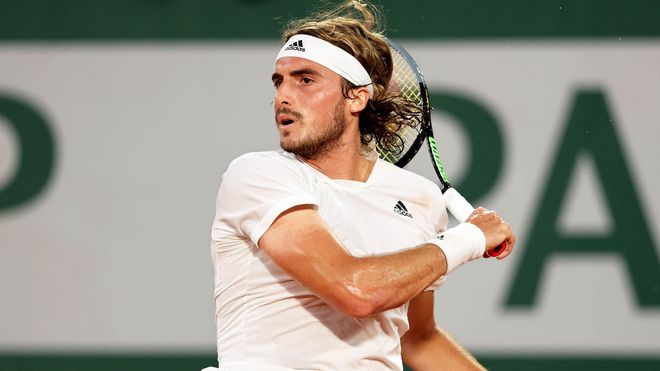 Greek Stefanos Tsitsipas will play against American John Isner in the quarterfinals of the Masters in Cincinnati. The match will take place on August 19, starting at 17:00 GMT.

Tsitsipas is having a good year, but his inconsistency has prevented him from reaching great heights. The Greek, who started the year at No. 4 in the world, recently dropped to No. 7.

He placed second at the ATP Rotterdam and the Italian Open but stepped up at the Monte-Carlo Masters and the Mallorca Open where he defeated Spaniards Alejandro Davidovich Fokine 6-3, 7-6 (3) and Roberto Bautista. Agut 6-4, 3-6, 7-6 (2) respectively to win titles.

Isner did not win a title this year, but reached the ATP final in Houston, the Dallas Open semi-finals and the Hall of Fame Open. And also reached the quarterfinals of the Atlanta Open.

Tsitsipas will win Isner’s head-to-head matches with a score of (4:2). The Greek has defeated an opponent in all of his recent encounters at the 2021 French Open, 2021 Mexican Open, 2020 Cincinnati Open and 2019 Beijing Open.

Previously, the American won Wimbledon 2018 and the Shanghai Masters Tournament 2017.

To place a bet on this meeting, you can do it here!

Tsitsipas will enter the meeting as the favorite. He definitely wants to win this match. He has excellent court coverage and can play both at the net and at the baseline. The Greek does a top spin on both the forehand and the one-handed backhand.

Isner is expected to earn free points for his relentless serve. However, the 37-year-old may not be able to handle the difficult return of Tsitsipas.

Prediction for this meeting: Tsitsipas win in straight sets.