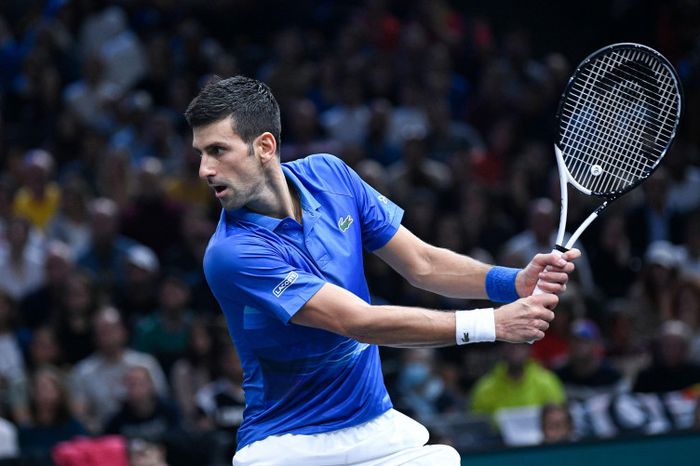 Serbian tennis player Novak Djokovic will play against the Greek Stefanos Tsitsipas in the first round of the group stage of the ATP Finals. The match will take place on November 14, starting at 20:00 GMT.

The most successful event of the season for Stefanos Tsitsipas was the successful defense of the title at the Monte-Carlo Masters tournament.

Tsitsipas started well in the semi-finals of the Australian Open before finishing in the fourth round of the French Open.

The recently completed Paris Masters, the tennis player made it to the semi-finals and lost to Djokovic. This will be Tsitsipas’ fourth consecutive appearance in an ATP final.

Novak Djokovic missed the Australian Open, the US Open and a couple of Masters 1000 tournaments due to his stance on vaccinations.

The Serb’s biggest triumph of the year came at Wimbledon, where the tennis player won his 21st Grand Slam title.

Djokovic has won three more titles, winning the Italian Open in May and has won the Tel Aviv Open and the Astana Open in the past few weeks.

Novak was also favorite for the Paris Masters, reaching the final after a 13-match winning streak. However, the Serbian lost to Holger Rune in three sets.

As you know, both tennis players played each other 11 times, and Djokovic leads Tsitsipas with a score of (9-2) in personal meetings.

The Serbian tennis player won their previous meeting at the 2022 Paris Masters in three sets.

In October, Djokovic confidently dealt with Tsitsipas in two sets at a tournament in Astana and a month later outplayed the Greek tennis player already at the Masters in Paris.

Djokovic failed the final of the recent Masters in Paris, in which the tennis player lost to Rune in three games. So expect to see Novak incredibly motivated to succeed at the ATP Finals.

Prediction for this meeting: Djokovic win with a handicap (-3.5) of the game.