In the match of the Youth Ice Hockey World Championship, Switzerland will play with the USA. The meeting will take place at Rogers Place, Edmonton, Canada on 12 August. The start is scheduled for 02:00 GMT.

In the first match, the Swiss team came as close as possible to the sensation, but eventually lost to Sweden (2:3). With zero points, Switzerland is fourth in the group, ahead of Austria in terms of the best additional statistics.

In this meeting, Switzerland collided on the court with undisciplined Swedes, who were sent to the penalty box five times.

For the entire match they shot 23 times with 8.7% of hits. Switzerland was not always rescued by its own goalkeeper. Over three periods, 19-year-old Noah Patnode saved 26 attempts (89.66%). 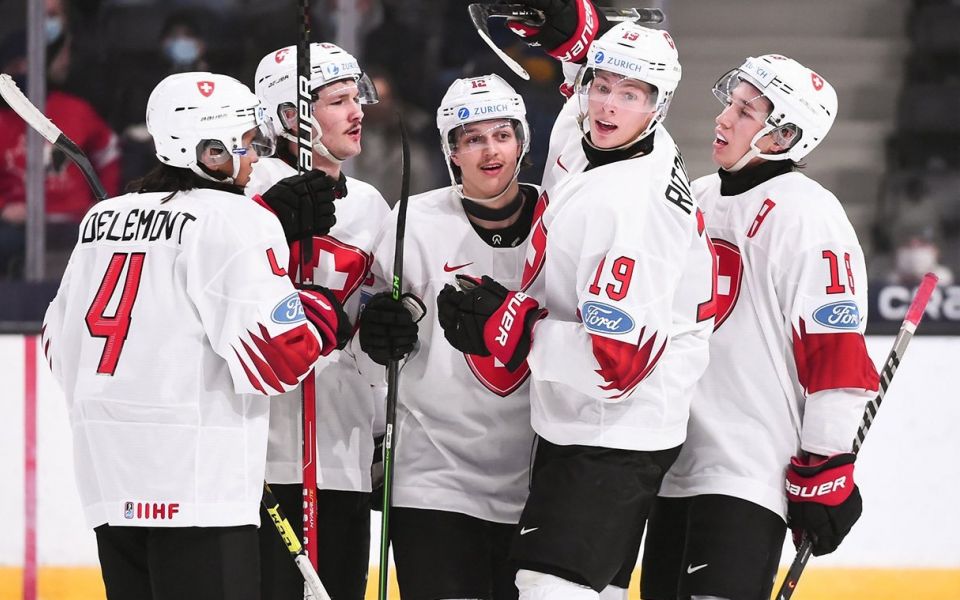 The Americans played the first match against Germany, on target with 5 goals and ended the game with a big victory (5:1).

Five times the United States threw the Germans over two periods, after which they calmly played out the third twenty-minute

For the entire match with Germany, the team collected fifty shots on target, 10% of the shots hit the target. The minimum work was for the American goalkeeper Kaidan Mbereko who has 10 saves (90.91%).

Switzerland had a very worthy first match against Sweden, despite the defeat, the national team showed a good game. The United States, meanwhile, played the first match without any problems.