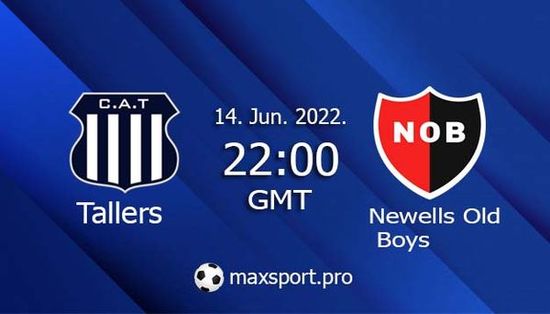 On June 15, in Cordoba, at the Mario Alberto Kempes stadium, Talleres will play with Newell’s Old Boys in the 3rd round of the Argentina Football Championship. The meeting will start at 22:00 GMT.

Prediction for the match Talleres vs Newells Old Boys

In the last draw of the Argentine championship, Talleres finished fourth in the first stage, after which they lost to Colon (1: 1) in the quarter-finals on penalties.

This season, after two rounds, the club is in ninth position, one point behind its rival and three points behind leader Platense.

Talleres also successfully performs in the Libertadores Cup, where they left the group from the second place, losing the first to the Brazilian Flamengo.

As you know, before the match with Independiente, where the club lost (0-1), there was a series without defeats of five fights in a row.

Meanwhile, Newell’s Old Boys floundered last season, finishing in last place 13th in Group B – fortunately for him, the championship draw did not involve relegation.

This season, the team is in seventh place with four points, two less than leaders Platense.

Newell’s Old Boys also play in the Argentina Cup, where they beat Itusaigo in the first round with a score (3:1).

In the last eight matches in all tournaments, the team suffered only two defeats and four victories.

Our prediction for this match is: Both teams to score – 3.10.