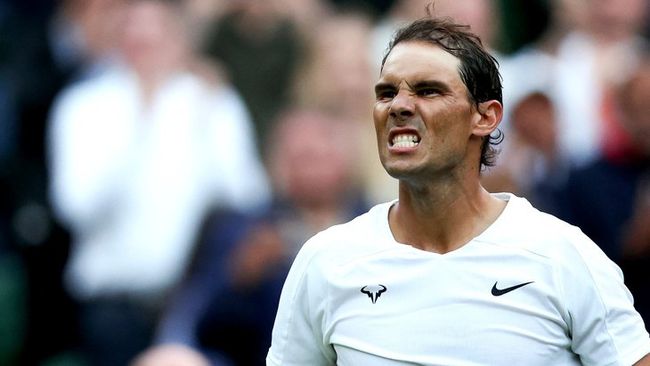 Spaniard Rafael Nadal will play against American Taylor Fritz in the quarterfinals of Wimbledon. The match will take place on July 6, starting at 14:00 GMT.

Fritz reached the quarterfinals for the first time in his career at a Grand Slam tournament. This is a major achievement for a tennis player who is doing well this season.

It is worth noting that at this tournament the tennis player from America did not have an opponent from the top 50. We can say that Fritz was very lucky with the alignment this season.

Fritz’s highest-rated opponent was world No. 51 Alex Molchan, to whom he did not give a single set.

Fritz also won the rest of the matches within three games. The American calmly dealt with Lorenzo Musetti, Alistair Gray and Jason Kubler.

Nadal, meanwhile, reached the quarter-finals at the Grand Slam level for the 47th time. And this is a worthy result.

In the last round, the tennis player scored a landslide victory over Botik van de Zandschulp. The Dutchman really resisted only in the third installment, which ended in a tie-break.

Nadal played another great match, in which he once again impressed with his incredible concentration and ability to fight.

Nadal became the third tennis player to win the first 18 Grand Slam matches of the season.

As you know, in the spring, Nadal lost to the American, which was a big surprise. But later it became known that Rafa played with an injury. He missed the next month and a half due to a stress fractured rib.

But now Fritz is waiting for a meeting with Nadal, who, apparently, is not worried about anything now.

It will most likely be very difficult for Nadal to beat Taylor in three sets. The tennis player has a great serve, plays great on the back line.