Tennis: Carlos Alcaraz makes it to the third round of the French Open

On May 25, a tennis match between the Spaniard Carlos Alcaraz and his compatriot Alberta Ramos-Viñolas took place in Paris(France).

19-year-old Carlos Alcaraz, who is considered one of the favorites of the tournament, defeated his compatriot Albert Ramos in an incredibly difficult meeting. The duel lasted more than four and a half hours, Alcaraz won match points in the fourth installment. 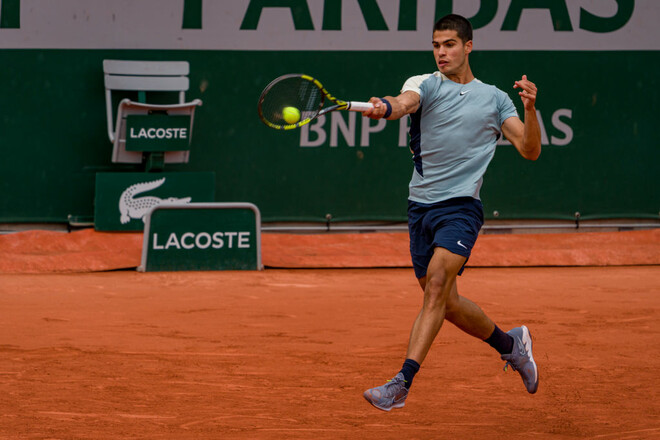 As you know, before Roland Garros, Alcaras won ten matches on clay in a row, took titles in Barcelona and Madrid. Carlos also became the first tennis player in history to beat Rafael Nadal and Novak Djokovic in the same competition on clay.

In the next round, Alcaraz will fight the winner of the match Sebastian Korda (USA) – Richard Gasquet (France).

The total prize fund of Roland Garros amounted to € 43.6 million. The current champion of the competition is the first racket of the world Serbian tennis player Novak Djokovic.