Torino vs Lazio prediction, preview and team news | Serie A 2022-23 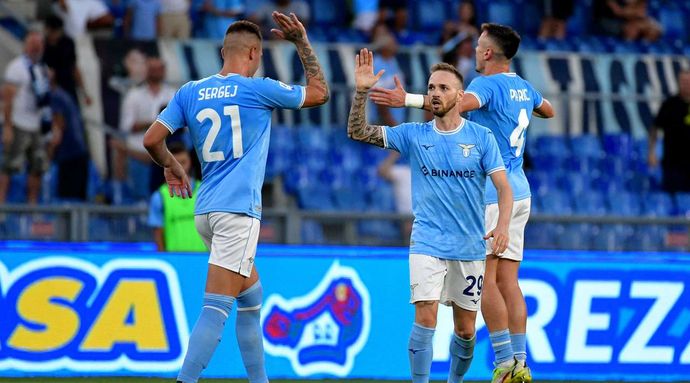 In the 2nd round of the Italian Serie A, Torino will play at home against the Roman Lazio. The fight will take place on August 20 and will start at 16:30 GMT.

Torino have started their league well and are currently in eighth place in the Serie A standings.

In the first round of the championship, the hosts beat Monza with a score of 2:1.

The team also had a successful match in 1/32 of the Coppa Italia, defeating Palermo at home, which will play in Serie B this season with a score (3-0).

Lazio are currently in seventh place in the standings and have also started their season in Serie A on an impressive note.

The club beat Bologna 2-1 in the previous game of the Italian championship.

The last three head-to-head games of these clubs ended in world outcomes, before the same three times stronger was Lazio.

Lazio have a good record against Torino and the team has won 16 out of 35 matches. Torino won six victories over Lazio and will try to close the gap in this match.

The previous meeting of the two teams took place in April of this year and ended in a draw (1:1).

David Zima and Alexey Miranchuk are now recovering from injuries and have been ruled out of this match.

Pedro suffered an ankle injury against Real Valladolid last week and was ruled out of that match. Luis Maximiano was sent off against Torino and will not be included in the squad.

Plenty of action across the weekend and Monday ⚽️ pic.twitter.com/mCSOp0qtIz

Torino can strike on their day, but it will be very difficult for the club to face Lazio.

Prediction for this match: Both clubs to score – Yes.