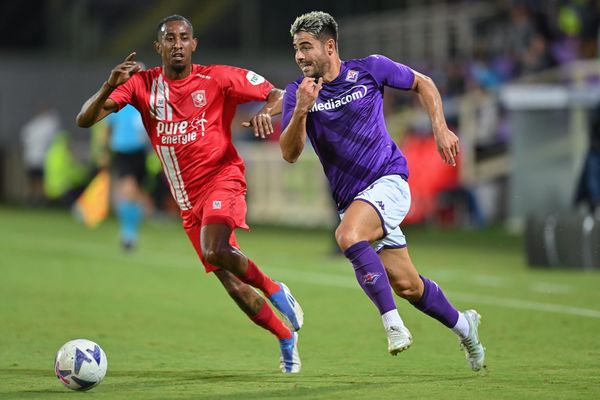 Twente will play Fiorentina at De Grolsch Veste in the second leg of the UEFA Conference League play-offs. The meeting will take place on August 25 at 17:00 GMT.

The first match in Italy last week ended with a (2-1) victory for Fiorentina. Goals from Artur Cabral and Nicolas González in the first half gave the club the lead. Substitute Vaclav Cernu pulled one back in the second half to close the gap.

Fiorentina performs well in the Italian championship, in two rounds the team scored 4 points. The first match for the team was formed with a victory over Cremonese (3-2).

The second round of Fiorentina held against Empoli. For 90 minutes, neither team was able to score, in the end it was a draw (0-0).

Meanwhile, Twente rested for a week, preparing for the second leg for reaching the group stage of the Conference League.

In the championship of the Netherlands, the team is doing very well. After two rounds 6 points, and also managed to score 4 times and keep their net dry.

The two teams first met last week. Fiorentina started their rivalry with a win. In the second leg, the team from the Netherlands will certainly try to win.

Fiorentina have started their season in Serie A. However, Twente have not lost a single home game and will hope to win.

Before the start of the first meeting, Fiorentina was a clear favorite in this pair, but after the first match, Twente showed that it was able to compete against top clubs.

Prediction for this match: Both clubs will score in this match.