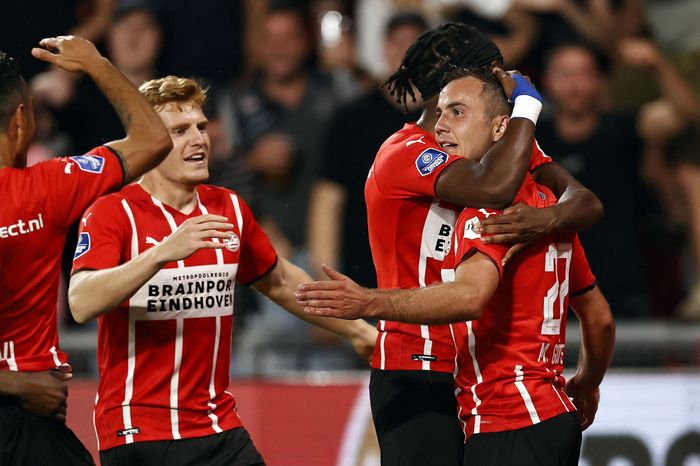 FC Twente will host PSV Eindhoven at their De Grolsch Veste pitch in the Eredivisie game of the 5th round on Saturday. The meeting will take place at 16:45 GMT.

Twente managed a comfortable (4-0) home win over Excelsior on Wednesday. Vaclav Cerny came off the bench and finished with a double in the second half.

Thus, after 4 rounds, the team has 9 points and 5th place. The only defeat against Volendam with a score (0-1).

Meanwhile, PSV were even more decisive in their (7-1) home thrashing of Volendam.

It took the Eindhoven team just 21 seconds to break the deadlock with the help of Javi Simmons, which set the tone for the rest of the game.

Cody Gakpo ended the night with a hat-trick and Simmons added a shot in the 67th minute to complete his brace. With this win, PSV climbed to the top of the table with a 100% win rate.

As a result, after 4 rounds, PSV takes first place and scored 22 goals, and conceded 5 goals.

The two teams have played each other 120 times, with PSV leading the league in terms of wins with a score of 58-21.

Their last meeting took place in April, when PSV showed great determination to take a point in a 3-3 draw after losing 3-0 after 25 minutes.

These two teams are among the strongest in the Eredivisie Championship, so you can expect sensations in a game that promises a lot of attacking football.

However, PSV has the better team and will enter the game as the favorite. Twente could win if they perform at their optimum level, but the visitors are expected to take a comfortable victory.

Prediction for this match: both clubs will score, and you can also bet on over 3.5 goals.