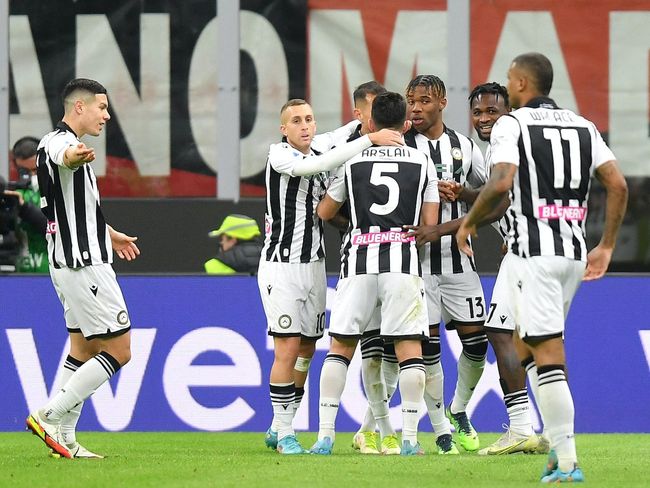 The 1/32 Italian Cup match between Udinese and FeralpiSalo will take place on August 5 at 16:00 GMT.

Udinese finished 12th in Serie A with 47 points. The team ended the season with a victory over Salernitana (4:0)

Last season, Udinese were knocked out of the Coppa Italia at the 1/8 final stage, where they lost to Lazio in extra time (0:1).

The club represents Serie C, group A. Last season the club took 3rd place and played a lot of playoff matches for further promotion in the league.

As a result, the team lost in the semifinals against Palermo with a total score of (0-4).

After that, FiralpiSalo began to actively prepare for the new season only on July 23. They met with Parma and lost (0-2).

In the FiralpiSalo Cup, he started from the 1/64 finals, where he met with Südtirol. The team advanced to the next round thanks to a (3-1) victory.

Udinese had a busy pre-season after matches against Chelsea and Bayer Leverkusen. The club is the favorite in this pair.