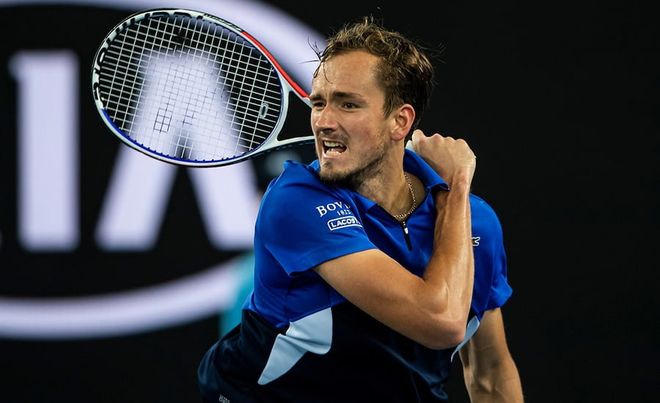 Russian Daniil Medvedev will play against American Stefan Kozlov in the first round of the US Open. The match will take place on August 29 in New York, starting at 16:00 GMT.

Medvedev started the year by reaching the semi-finals of the ATP Cup. He almost won his second Grand Slam title at the Australian Open but Rafael Nadal put on an incredible comeback and won the match in five sets.

After an early exit from Indian Wells, Medvedev reached the quarterfinals in Miami. However, he was then ruled out for the next few weeks due to injury. The Russian lost in the first round of the Geneva Open after his comeback, but made it to the fourth round of the French Open.

The tennis player reached the finals on grass, but could not compete at Wimbledon due to a ban on the participation of Russian players. He returned to action at the Los Cabos Open where he won his first title of the season.

The 26-year-old then lost to Nick Kyrgios in the second round of the Canadian Open. Medvedev did much better in Cincinnati, where he lost to Stefanos Tsitsipas in the semifinals.

Stefan Kozlov made his Grand Slam debut at the Australian Open, reaching the second round. Although he lost in the Wimbledon qualifying rounds, he made it to the main draw, marking his first appearance at a grassy major.

Kozlov’s other notable result this season was a quarter-final performance at the Delray Beach Open.

However, his performances at the US Open were unsuccessful. He failed to make it through the qualifying rounds in Atlanta and Cincinnati, but lost in the first round of the Citi Open.

Kozlov is now set to make his main draw debut at the US Open.

This will be the first meeting between Medvedev and Kozlov, so the personal score is still 0:0.

For a tennis player from Russia in recent defeats, both his opponents, Tsitsipas and Kyrgios, have bothered him with frequent volleys. This tactic exposed his shortcomings, and Kozlov could have experimented too.

Otherwise, Medvedev’s game was fairly stable. He serves well and ranks seventh on the ATP Tour in wins per serve this year. He can take on anyone on the backline, although Kozlov likes to mix them up from time to time instead of staying pinned to the back of the court.

Prediction for this meeting: Medvedev’s victory with a handicap in games (-10.5).