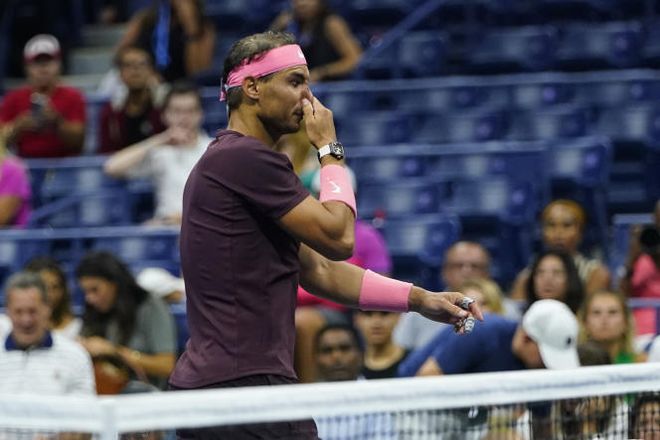 Spaniard Rafael Nadal will play against American Francis Tiafoe in the fourth round of the US Open. The match will take place on September 5 in New York, starting at 17:30 GMT.

After victories over Rinki Hijikata and Fabio Fognini, Nadal faced Richard Gasquet in the third round. With a perfect 17-0 record against him, the Spaniard would have been relieved to face the opponent he had dominated for so long after a couple of tough games.

Nadal completely outclassed Gasquet in the first two sets, losing just one game en route to winning both. The French stepped up his game in the third set, becoming more aggressive in his shots and attacking weak serves.

However, this was not enough. Near the end of the set, Nadal made a break on the pitch. He finished the game with ease. in the next game, winning the match 6-0, 6-1, 7-5.

Francis Tiafoe reached the third round by defeating Marcos Giron and Jason Kubler where he met Diego Schwartzman. The initial set was rather difficult: the American repeatedly returned after numerous losses.

Schwartzman served three times for a set and even held a couple of set points, but each time he broke down. He had three more set points in the tiebreak, but Tiafoe did his best to come out on top and win it.

Tiafoe trailed 0-2 but won three games in a row to go 3-2 up. Schwartzman interrupted the opponent’s serve to equalize, and after his own reception led 4-3. The American then won the next three games.

The duo traded breaks midway through the third set, with Tiafoe running away again in the last three games to win the match 7-6(7), 6-4, 6-4.

Nadal had his best match of the tournament, defeating Gasquet in the third round. Whereas his ground shots worked pretty well. The tennis player changed his serve so as not to aggravate the abdominal injury. However, this gives his opponents a good chance to get the upper hand on him.

So far, the American has not dropped a single set, but they have all been fierce. Tiafoe lost in the first set against Schwartzman, but showed great fortitude to win. He will need to show the same tenacity against the Spaniard if he wants to win.

Tiafoe will be the toughest opponent Nadal has faced so far, but the Spaniard is the favorite for this encounter.

Prediction for this match: Nadal win + total sets over 3.5.