The best goal of the year was scored by a US football player! But this did not help the team to reach the quarterfinals of the 2022 World Cup.

The head coach of the Netherlands, Louis van Gaal, defied the critics, outlining his team’s goal for the 2022 World Cup ahead of the 1/8 final match with the USA:

The United States played the group stage matches with dignity, where they managed to get out of 2nd place. But the rival in the 1/8 stage turned out to be stronger.

The group where the USA played

In the first minutes of the game, the brave US team forced the opponent to sit in their half of the field and think about defense.

The Americans had to score an early goal. Christian Pulisic had a great opportunity to score, but the opponent’s goalkeeper was on the spot.

The account was opened in the 10th minute. The Dutch got a quick attack, Denzel Dumfries made a great pass to Depay, who scored into the bottom corner.

With the score at 1-0, the game generally went at a slow pace, but the USA was very difficult to play and very rarely created chances. Which eventually led to the second conceded at the end of the first half.

The United States did not strike in the second half, on the contrary, according to statistics, there were quite a lot of them – 14 against seven from the Dutch (on target – 6:4). 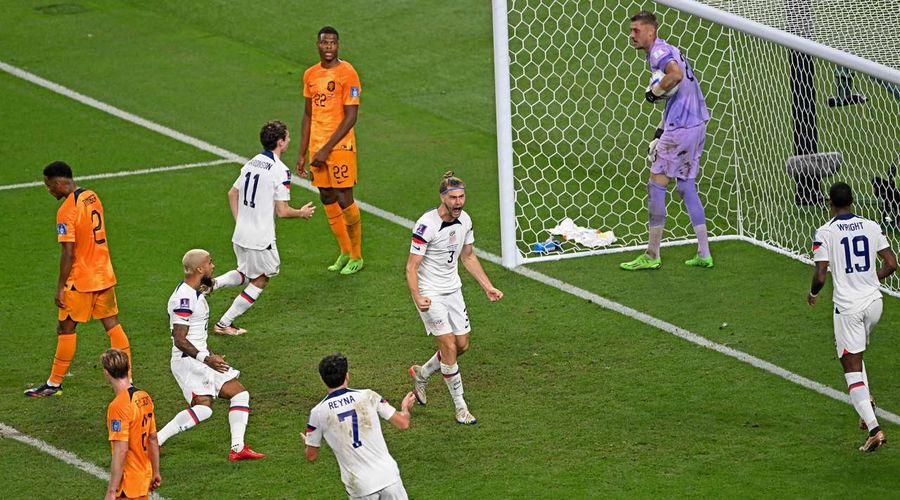 However, the intrigue was created in the 76th minute, when the Americans managed to score, but after 5 minutes the opponent scored another goal.

The USA clearly had a defensive gap in this match. The opponent had a good attack, which consists of top players, which led to the defeat.

In the quarter-finals, the Netherlands will play the winner of the match Argentina – Australia. The US team leaves this tournament.