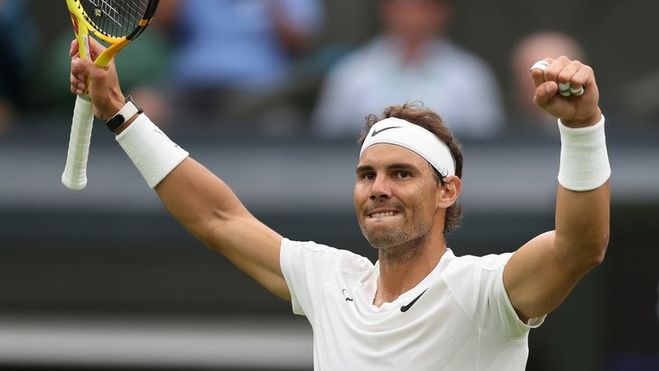 Spaniard Rafael Nadal will play against the Dutch Botik Van De Zandshulp in the fourth round of Wimbledon. The match will take place on July 4, starting at 16:00 GMT.

Van de Zandshulp reached the fourth round for the first time in his career in the British tournament.

In the last meeting, Botic defeated Richard Gasquet. The first three sets turned out to be tense, and in the fourth set the opponent got tired and took only one game, although before that he had resisted well.

Rafael Nadal, meanwhile, defeated Lorenzo Sonego in the third round. As expected, the tennis player confidently dealt with the Italian.

For the Spanish tennis player, this was the best match of the current tourney. this is also evidenced by the score – 6:1, 6:2, 6:4.

The most important thing is that Nadal finally showed cool, most aggressive tennis.

At the same time, Sonego is still stronger than Francisco Serundolo and Richardas Berankis, whom Nadal met in previous rounds.

As you know, Rafael Nadal defeated Botik in the third round of Roland Garros. The Dutchman sometimes resisted well, but still lost in three sets.

Nadal is the strongest and will again be able to win in three sets in a row. Our prediction for this meeting is Nadal’s victory in three sets for 1.98.