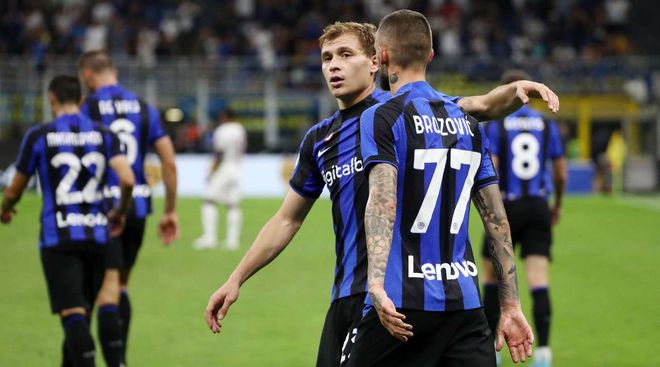 In the second round of the group stage of the Group C Champions League, the Czech Victoria from Pilsen will play at home against the Inter Milan. The meeting will be held on September 13, starting at 16:45 GMT.

In competitive Group C, which included three former UEFA Champions League winners, Viktorija Pilsen suffered an upset (1-5) defeat at the hands of Barcelona on matchday one.

This snapped the club’s record 34-game unbeaten streak, and although they were only one goal behind before stoppage time in the first half, the result was rarely in doubt.

They are now facing Inter Milan and the stakes are high if Pilsen wants to remain competitive in the group and follow a possibly more achievable third place.

There are reasons to be optimistic as the hosts have won the league since their first-round loss and, having recorded four wins in their last five Champions League home games, they can be sure that a turning point will take place here.

Inter recovered from just one point from their first two group games in the last campaign to reach the round of 16. another case (2006/07).

On the other hand, Inter could win consecutive Champions League away victories for the first time since October 2011 after beating Liverpool 1-0 last season.

However, the club have not fared well on their recent trips, having lost their last two away games including the Milan derby, but have been unbeaten in their three scheduled competitive away games since May 2017.

Jan Sýkora from Pilsen has scored in two of his last three matches, including his Champions League debut goal against Barcelona. Fuibolist could also become the first Czech player to score in his first two matches in the tournament.

Meanwhile, a goal for striker Edin Džeko could be a good omen for Inter, with his side on the day winning on his last five goalscoring UCL appearances.

Viktoria Pilsen has never played an official match against Inter Milan and this week they will have their first meeting.

Inter Milan have found themselves in a difficult group this season and cannot afford to lose points in a game that needs to be won.

Stats: Inter as you know, failed to score before half time in nine of their last ten Champions League matches.

Inter Milan have a strong team at their disposal and will need to prove their strength on the European front.

Viktoria Pilsen was completely outplayed by Barcelona last week and will need a miracle to succeed in this match. Inter Milan is currently the favorite in this meeting.