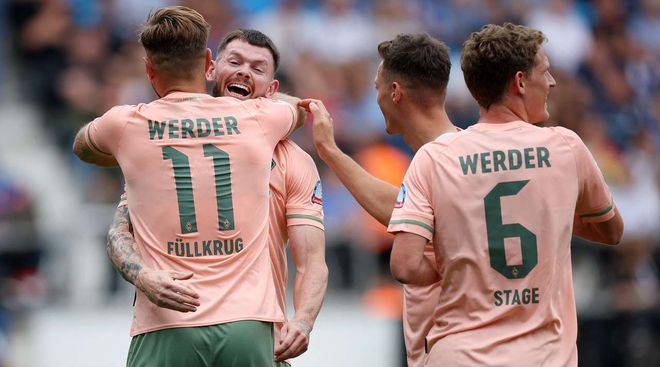 On Friday, September 9, in Bremen at the Weserstadion in the 6th round of the first Bundesliga, Werder will play against Augsburg. The meeting is scheduled to start at 18:30 GMT.

After a 2-0 win over Bochum in the Bundesliga, recently promoted Werder Bremen are looking to extend their successful start to their campaign.

Bremen looks set to break new Bundesliga records every game day as they become the first team in league history to score three times after the 89th minute of the third round.

Even though this win in Bochum marked consecutive Bundesliga victories on their travels, Bremen have recently struggled at home and have yet to take a victory in this campaign.

Manager Ole Werner spoke of the improvement last weekend, especially praising his defense, which kept its first clean sheet of the season in that win after Werder had scored at least four goals in four previous games.

Augsburg endured a rather embarrassing moment early in the campaign, posting the Bundesliga’s third-worst start out of five games.

Only in their first two seasons in the league have they scored fewer points at this stage and they are now close to repeating their worst Bundesliga record as they have only lost four consecutive games three times in their history.

The team even gave Hertha Berlin their first win of the season last weekend when Augsburg lost (2-0) at home, a result that drew an angry – and rare during their time in the Bundesliga – backlash from fans.

André Hahn scored the decisive goal in Augsburg’s only win this season and has also provided five assists in the Bundesliga against Werder Bremen, more than any other club he has faced.

The two teams have played 24 times for the competition. Werder Bremen have a slight 11-10 win lead, with three games ending in draws.

Last season, both teams won a 2-0 home win in the Bundesliga against the other.

Which of the outsiders do you think stands the best chance of getting European football next season? 🇪🇺 ⬅️ 👀 pic.twitter.com/1dSIMmQHjA

Werder Bremen are playing well at home against Augsburg but have not won their last two home games, drawing and losing.

Meanwhile, Augsburg have the worst offensive record in the league, scoring three goals in five games. The club have lost their last three games.

Prediction for this match: Werder win.