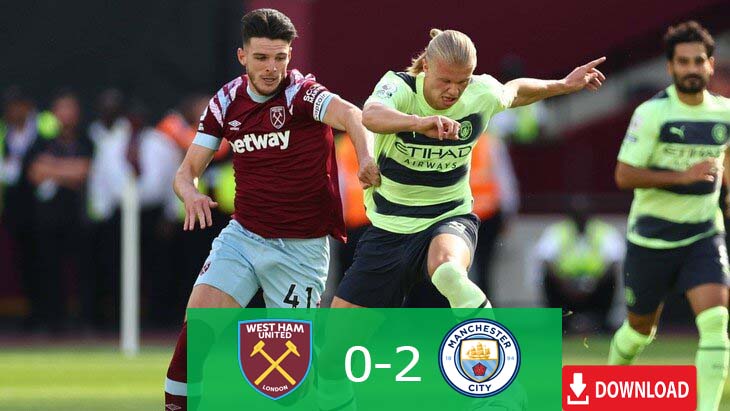 London West Ham suffered a home defeat from Manchester City (0:2) in the match of the 1st round of the championship of England.

At the 36th minute, a penalty kick was awarded to the hosts. Haaland burst into the penalty area at speed, throws the ball past Areola, and he, in a jump, trying to reach the ball, instead hit Erling in the legs.

The Norwegian footballer converted the penalty and put the team ahead.

In the 65th minute, he ran into a counterattack after an unsuccessful pass for the hosts into the penalty area, De Bruyne found Haalahd with an excellent pass, who ran away from the defenders at speed and clearly used a one-on-one exit, striking into the lower left corner past Areola.