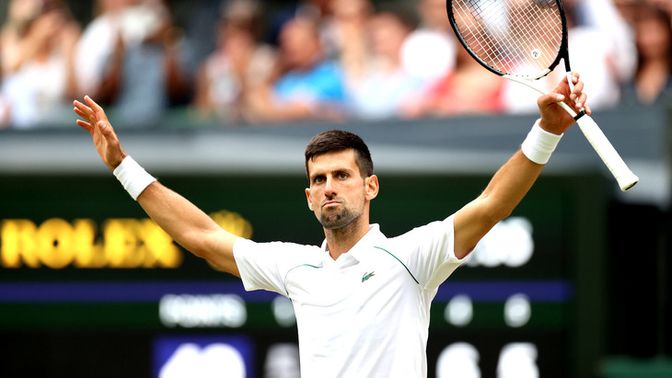 Serb Novak Djokovic will face Britain’s Cameron Norrie in the Wimbledon semi-finals. The match will take place on July 8, starting at 12:30 GMT.

Novak Djokovic went through the first four rounds calmly, but narrowly lost to Yannick Sinner in the quarterfinals.

After the second set, in which he took only two games, against the backdrop of a good opponent’s game, nothing worked at all.

But still, the tennis player showed his experience and talent, and managed to make a comeback in this meeting. In the third, fourth and fifth sets, Djokovic did not lose a single game on the pitch and converted five break points.

Djokovic has not lost at Wimbledon since 2017. His winning streak at the British Major is already 26 matches.

Norrie, meanwhile, reached the semi-finals of a Grand Slam tournament for the first time in his career.

As you know, before Wimbledon, he never went out in the second week at this level.

This is a serious success but not without luck. So far, Norrie has not had a single top 30 opponent.

Norrie easily beat the American, but in the game against David Goffin he had to spend five sets on the court.

Djokovic is the favorite in this match. You can bet on Norrie to win the upcoming match for 13.50.

Our prediction for this meeting is Djokovic’s victory with a game handicap (-7.5) at 1.92.